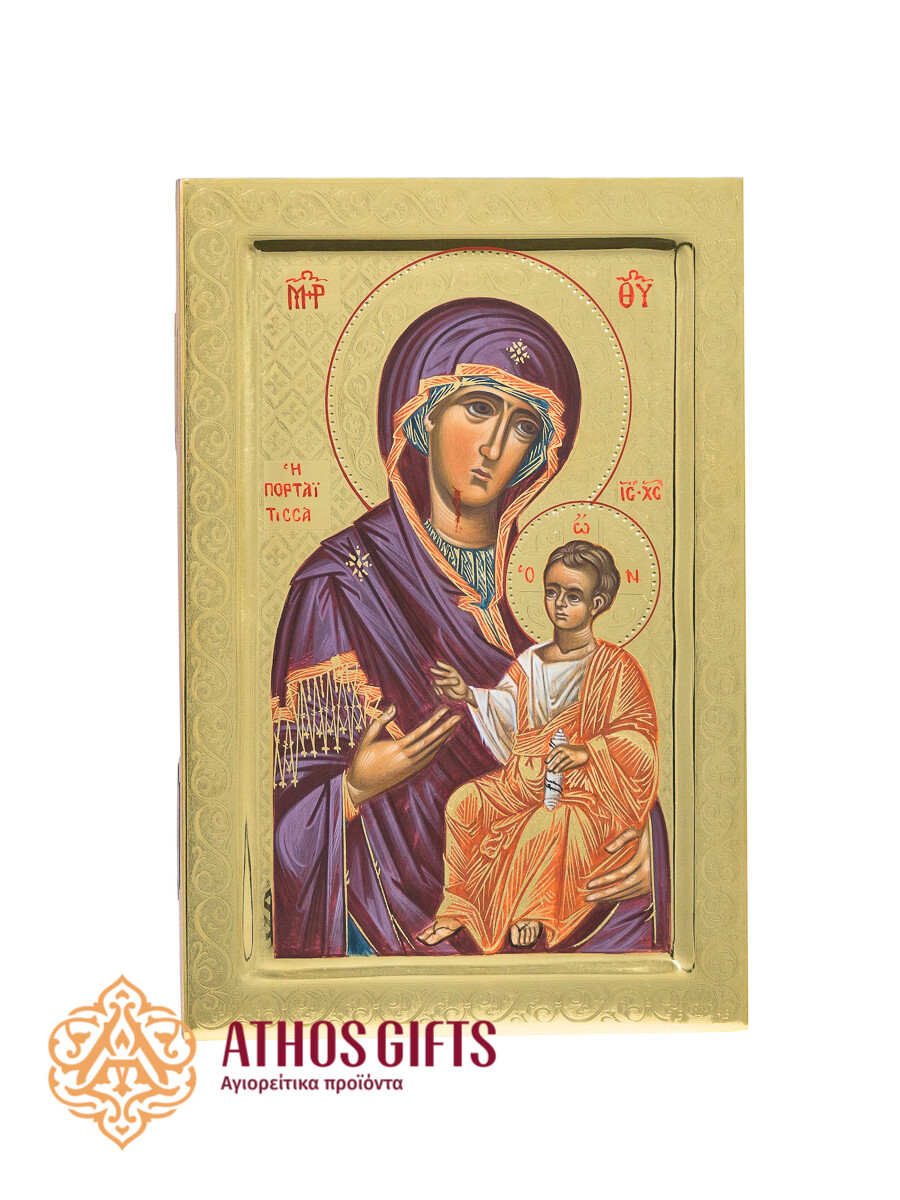 Icon made on natural linden wood with water-gilding technique. After the thermal treatment the wood was gilded with 22K gold leaf, in accordance with traditional Byzantine techniques. The icon has been painted with egg tempera for a higher quality and durability of the colors.

Usually the miraculous icons of Mount Athos are closely associated with the protection of the monasteries from invasions or other dangers, with material aid, or with the spiritual support of the monks. The Iviron icon of the Mother of God, or Theotokos Portaitissa (The Gatekeeper), is associated with all these miracles simultaneously. Finally, this miraculous icon of the Theotokos is associated with the protection of the entire territory of the Holy Mount Athos, since, according to tradition, Holy Mount Athos exists as long as the icon of Portaitissa is kept in this land. If this icon disappears, the Holy Mountain will come to an end.

The icon appeared on the Holy Mountain, miraculously arriving by sea. At the place where it first appeared on the shores of Athos, the well-known spring of the Portaitissa has gushed out. Subsequently, the icon was transferred to the main temple of the Iviron monastery, where it was placed in the altar part. For 3 days and nights, the monks kept praying tirelessly before the icon. Nevertheless, on the next day the icon appeared over the gate of the monastery, from where it was removed and moved again to the altar part.

The same thing happend several times before The Mother of God appeared to the pious monk Gabriel, telling him to leave Her image above the gate, since She came not to be guarded by the monks, but to guard them in this life and to serve as a mediator for the salvation of those living before God.