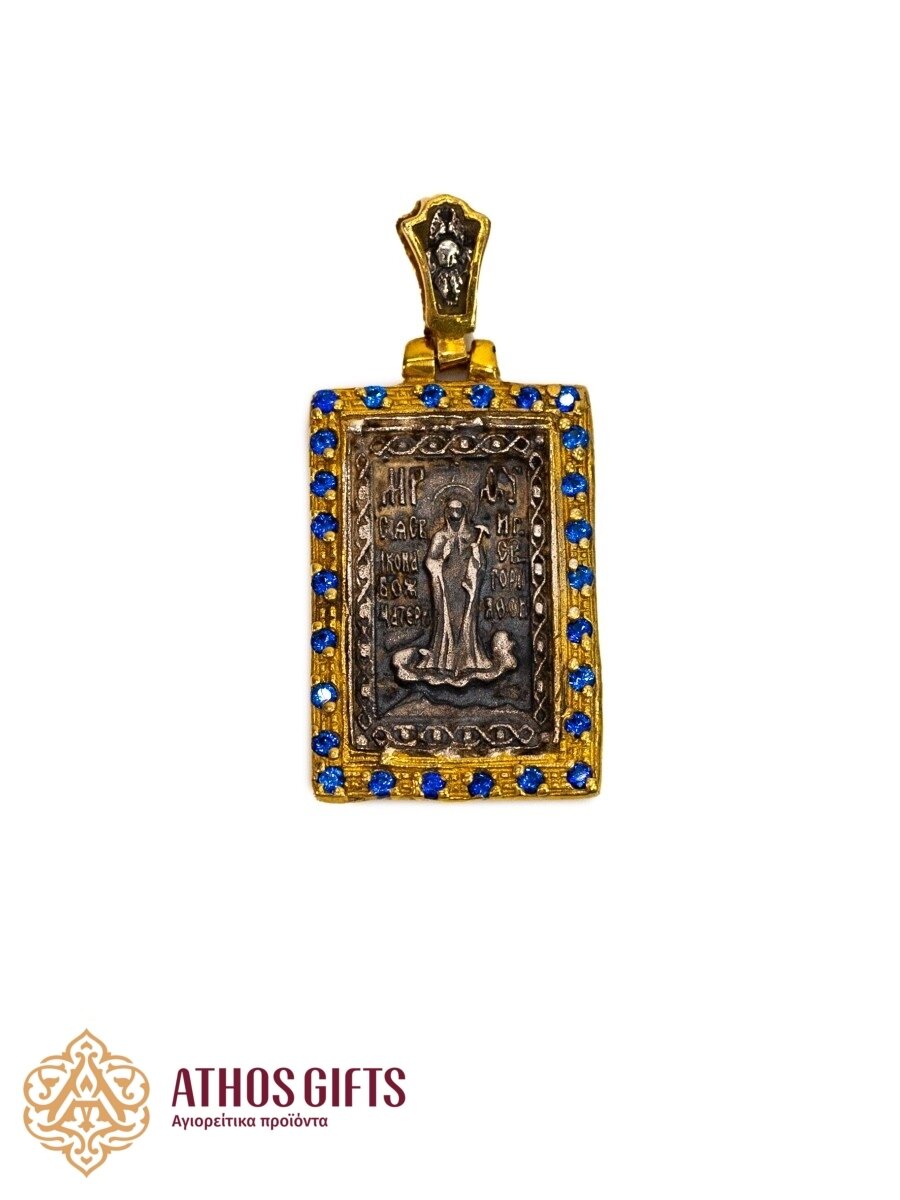 SKU JI1021
65,00 €
Sterling silver double-sided pendant with gilding with the images of the icons of Abbess of Mount Athos and Saint Pantaleon
In stock
1
Product Details

The front side of the pendant depicts the icon of the Abbess of Mount Athos. The reverse side has an image of Saint Pantaleon. The pendant is made of sterling silver with gilded edges.

The Abbess of Mount Athos

The icon of the Abbess of Mount Athos is considered to be one of the newest among the famous icons of Holy Mount Athos. It depicts the Mother of God full-length, with her arms outstretched in a gesture of blessing.

The icon was painted by Russian monks at the end of the 19th and beginning of the 20th centuries. Later on, our contemporary, the monk Arseny of the Belozerk cell on Mount Athos, added to it, depicting at the feet of the Mother of God all the monasteries of the Holy Mountain. The founders of the Athos monasteries were added along the perimeter of the icon.

Now the icon of the Abbess of Mount Athos is considered to be a symbol of the Holy Mountain. That is why her image is so often found in the handicrafts of the Athos monks.