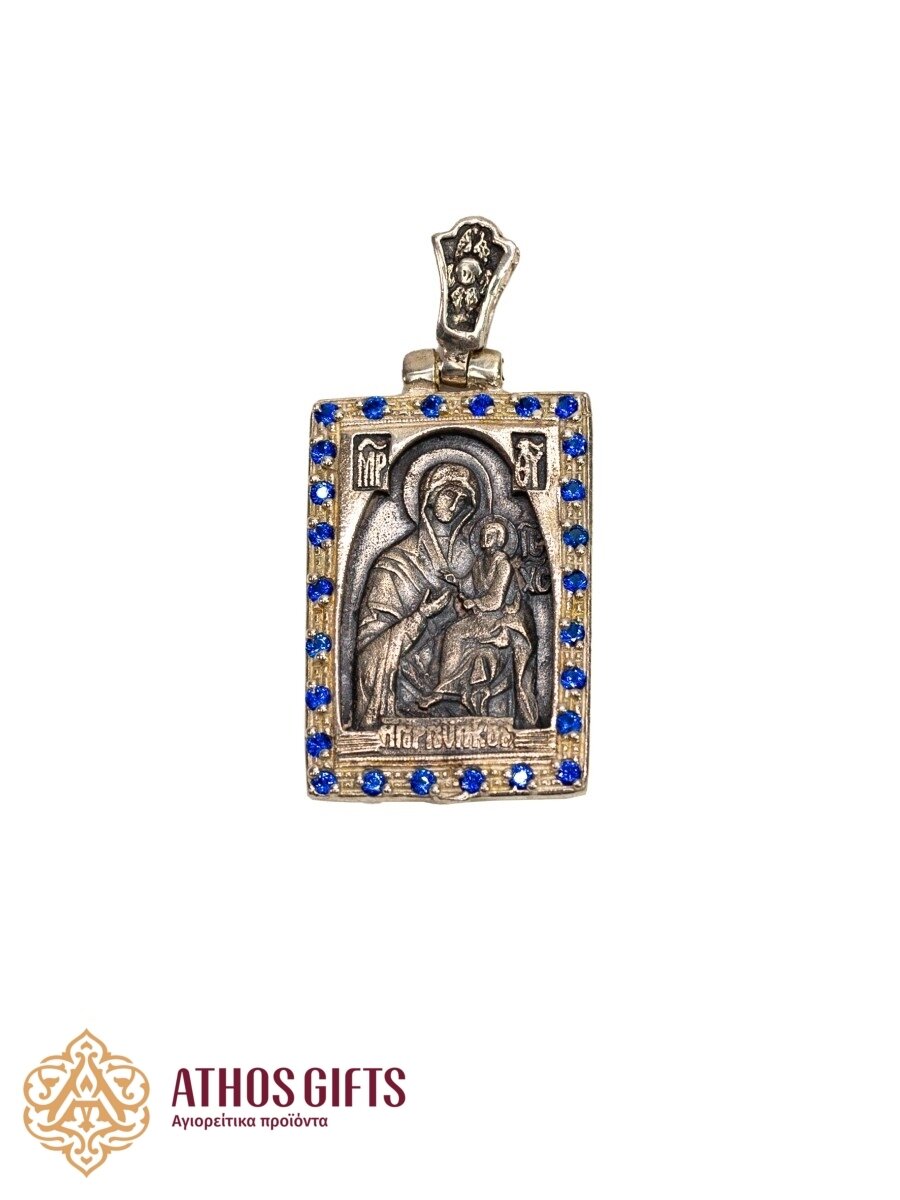 SKU JI1013
60,00 €
Sterling silver pendant with an image of the icon of Mother of God "Gorgoepikoos", which is kept in the temple of Docheiariou Monastery on Mount Athos
In stock
1
Product Details

The front side of the pendant depicts the icon Mother of God "Gorgoepikoos". Inscription on the reverse: Της Δοχειαρίου (Οf Docheiariou). The pendant is made of sterling silver.

The miraculous icon of the Mother of God "Gorgoepikoos" is kept in the Docheiariou Monastery on Mount Athos. There is a legend of the XVII century connected with it: in 1664 the monk of the monastery passed by the icon with a lighted candle. The candle's vapor was rising to the image. Suddenly a voice came from the icon:

"No more passing by here with a lighted candle, smoking my image."

The monk heard the voice, but could not identify its source, so he did not heed it and continued to walk past the icon with candle. Several days passed. One evening he heard the voice from the icon again:

"For how long will you smoke my image with impunity?"

In that same second, the light in his eyes faded. He realized that he had disobeyed the very decree of the Mother of God. In despair, realizing the justice of his punishment, he prayed incessantly at the icon, begging the Mother of God to grant him forgiveness. She soon answered to his prayers:

"I am the mistress of this monastery, and therefore I soon answer the requests of those who cry out to me."

After this, the trapezary regained his lost sight, and the icon of the Mother of God became known as Gorgoepikoos (Quick To Hear). The icon revealed many more miracles, not only to the monks of the Holy Mountain, but also beyond its borders. The icon presented offspring to infertile couples, helped sailors in a storm, healed the paralyzed, cured the blind and the hopelessly ill. The records of Nicodemus the Hagiorite attest to this.

After the described miracle, a special chapel was erected for the icon, where it is kept to this day. The annual feast of the Gorgoepikoos icon is celebrated on October 1.