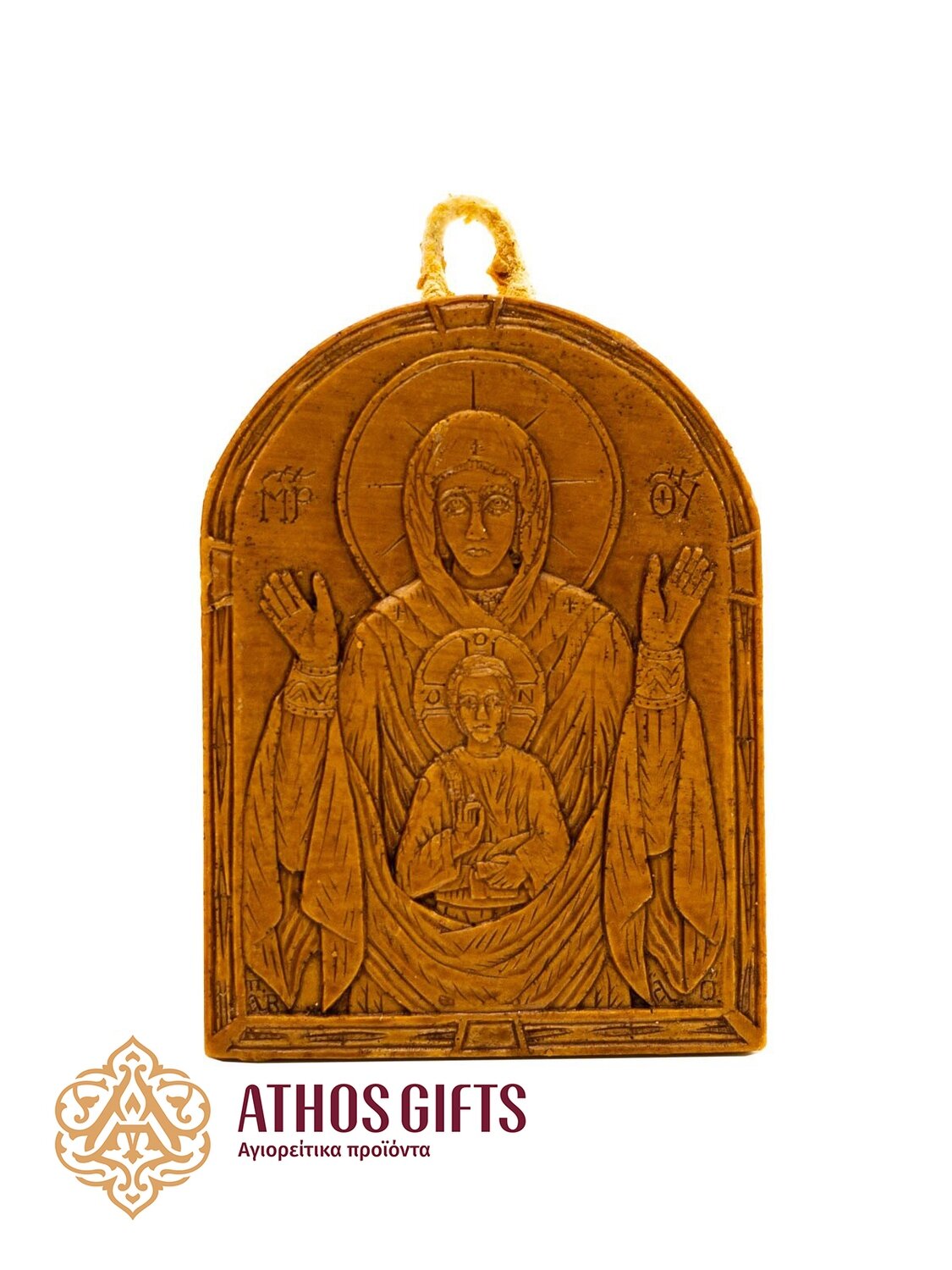 The beeswax icon is hand-carved by the monks of Mount Athos with great attention to details. Thanks to the addition of incense during the manufacturing process the icon exudes a light aroma, which is firmly associated in our minds with the calming atmosphere of church rooms. The icon has a loop so it can be hanged on a wall.

The icon of of Our Lady of the Sign is one of the most venerated in Orthodoxy. The Mother of God is facing the viewer directly, praying (Oranta), with her hands raised in a gesture of prayer. The Divine Child is depicted in the center of the Lady's chest. As a rule, though not always, the Christ Child is depicted framed in a sphere. He is holding a scroll in his left hand, symbolic of his role as teacher, while the fingers of his right hand are folded in a sign of blessing.

Wax icons are created from natural beeswax with the addition of mastic and incense, like the early Christian icons of the Evangelist Luke. According to the legend, it was from wax that the holy apostle and evangelist carved the miraculous image of the Virgin Mary in the Mega Spileo monastery.

Initially, the icon is hand carved on a wooden billet. The monk prays unceasingly during the work; prayer is an integral part of any work on Mount Athos. Once the wooden icon is ready, based on it the mould is being made where wax is poured into. Then the monk adds mastic and incense into the wax. Once the mixture hardens, the icon is being released from the mould and painted brown. This way many wax icons can be cast from a single mould.

The icon should not be exposed to sunlight, as it can melt at temperatures above 45 ° C