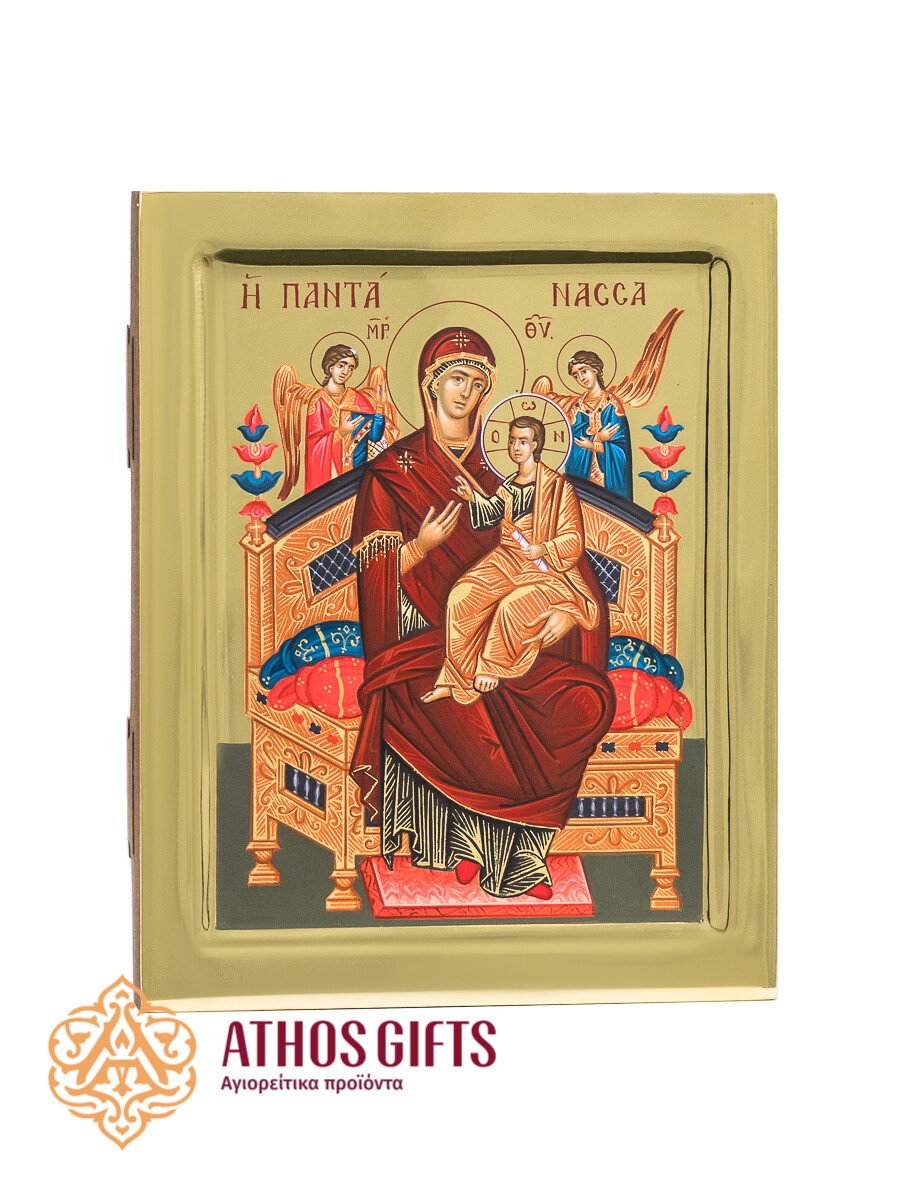 Icon made on natural linden wood with water-gilding technique. After the thermal treatment the wood was gilded with 22K gold leaf, in accordance with traditional Byzantine techniques. The icon has been painted with egg tempera for a higher quality and durability of the colors.

The miraculous image of Theotokos Pantanassa is a small icon that is kept in the main temple of Vatopedi Monastery. Its first miracle is associated with a young man who was fond of occult sciences and practiced magic. Entering the temple of Vatopedi for the first time, the young man tried to kneel before the image. At that moment, a glow began to emanate from the face of the Mother of God, after which an unknown force threw him to the ground. Stunned, the young man repented of his activities and completely changed his life.
The icon is best known for the miracles associated with the healing of cancer. The image of the Mother of God has existed since the 17th century, but miracles began to occur only at the end of the 20th century. Every day prayers are made in front of her for the healing of all cancer patients and other suffering people. There are thousands of stories of miraculous healings from this icon in Vatopedi. There is not a single oncological hospital in the world that would not have the image of Pantanassa in its hospital temple.