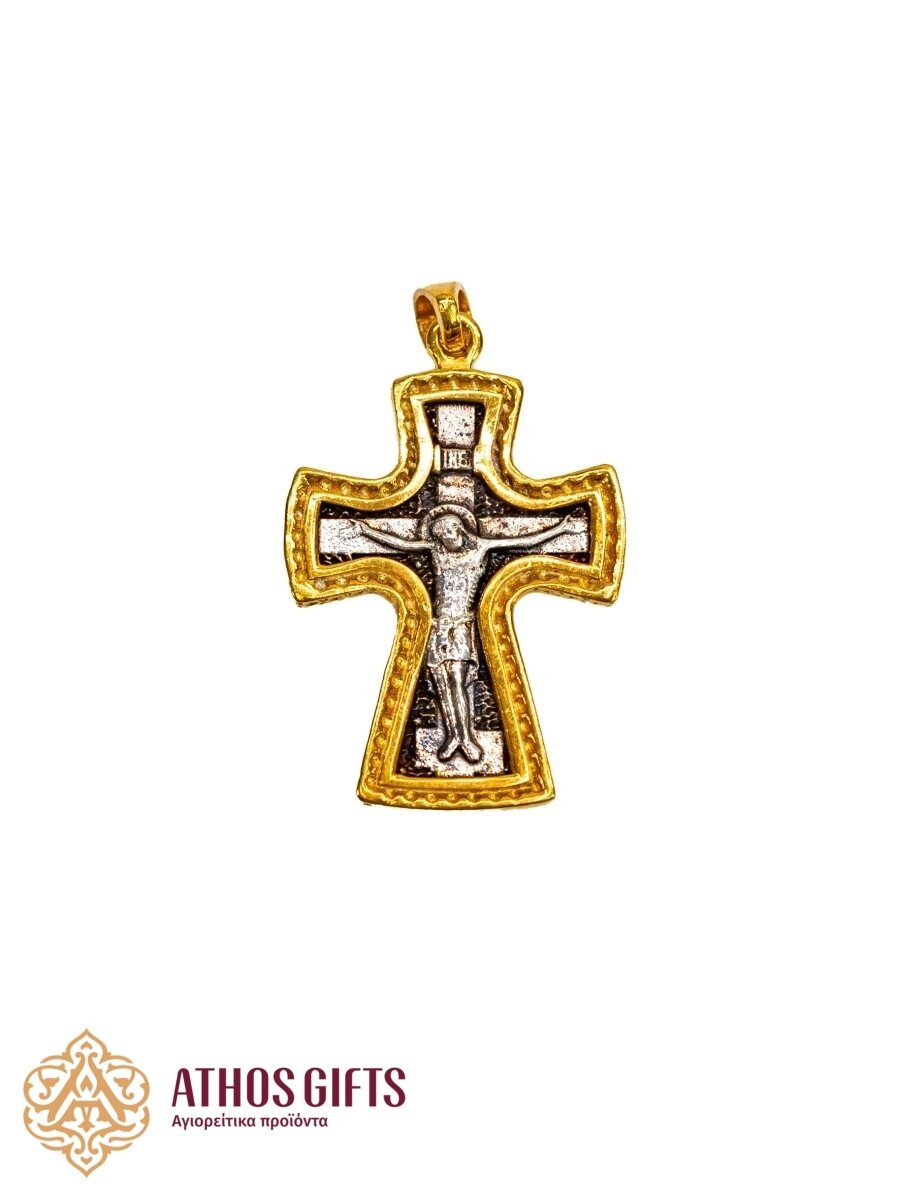 SKU JI1001
55,00 €
Double sided sterling silver cross with gilding. The front side depicts a crucifix; on the reverse side there is an icon of St. George
In stock
1
Product Details

The front side of the cross depicts the crucifixion of our Lord Jesus Christ. On the reverse side there is a small oval icon of Saint George. The cross is made of sterling silver with gilded edges.

George the Great Martyr is one of the most famous and revered saints of the Christian world. He lived at the end of the third and beginning of the fourth century. The son of wealthy and pious parents, St. George was brought up in the Christian faith. In his military career he was noted for his courage, intelligence and physical strength. He was also stately and handsome, and therefore soon won favor of the emperor Diocletian. The latter was a fierce opponent of Christianity, and in 303 began the persecution of Christians. Protesting against severe persecutions with all his heart, George gave away all his property to the poor, and then has appeared to Diocletian to openly declare himself a Christian.

The emperor unsuccessfully tried to persuade George to renounce his faith, after which he ordered to torture him. But no matter how fierce his tormentors were, George firmly endured all the trials and did not renounce Christ. Then Diocletian ordered to cut off the saint's head with a sword. Thus, in the year 303 at Nicodemia, George the Great Martyr was executed.

For his courage and firmness with which the saint endured trials, remaining faithful to Christ, and for his spiritual victory over his executioners, he is called Saint George the Victorious. Nowadays a part of the relics as well as the miraculous icon of Saint George are kept in the Xenophontos monastery on the Holy Mount Athos.