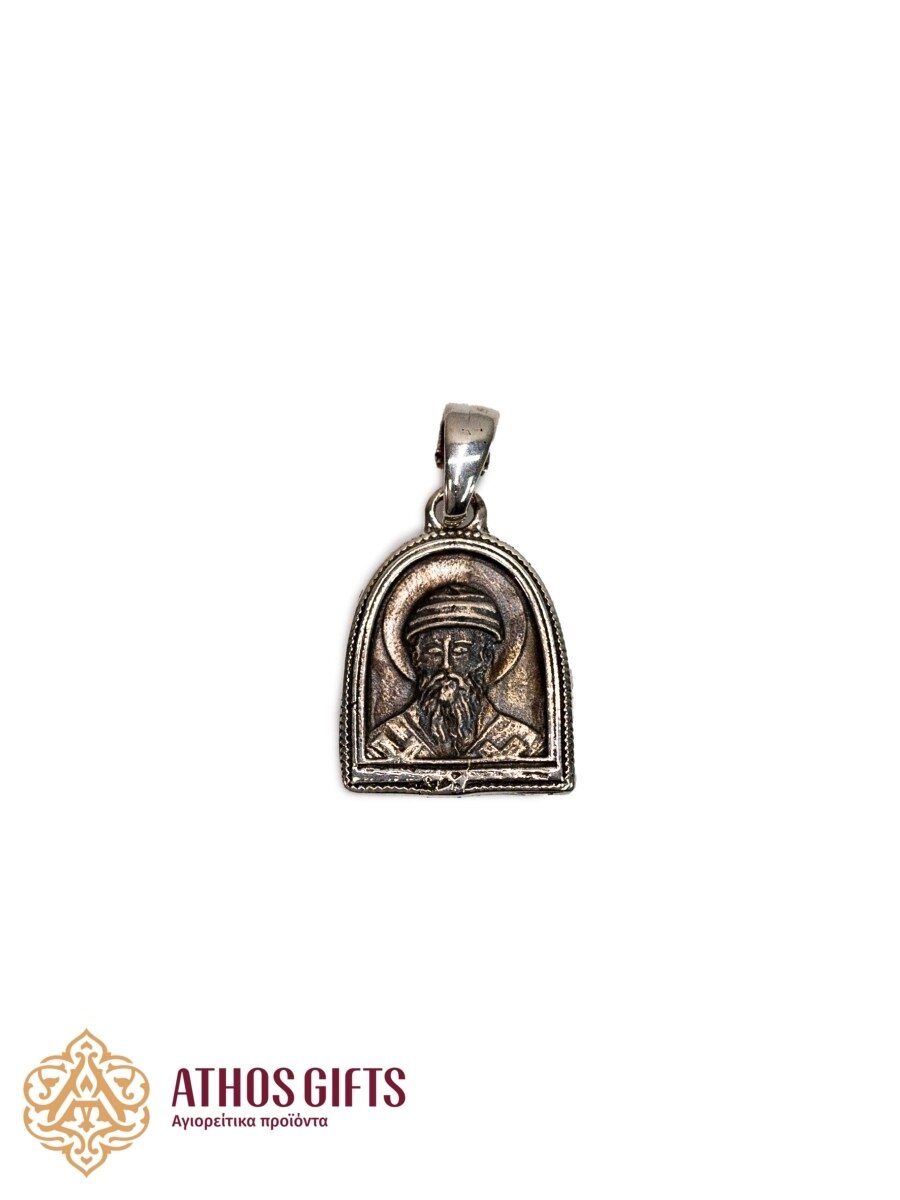 SKU JI1018
25,00 €
Sterling silver pendant with an image of the icon of Saint Spyridon, Bishop of Trimythous
In stock
1
Product Details

The front side of the pendant depicts the icon of Saint Spyridon, Bishop of Trimythous. The pendant is made of sterling silver.

Many Orthodox Christians turn to St. Spiridon in prayer. He belongs to the cohort of holy fathers of the dawn of Christianity. Spiridon was born in 270 A.D. in a small village on the island of Cyprus. Virtuous, deeply religious parents nurtured in him love and fear of God. The Bible became Spiridon's primary source of knowledge as well as a faithful daily companion.

In the hard days of idolatry and Christian persecution, the saint was a model of courage and truly Christian patience. He suffered for a long time for his faith in Christ, enduring many tortures. From 308 Spiridon was under arrest, and was released only in the 313. He was married, but lost his wife early and was left with a young daughter on his hands. But in spite of all his trials, the saint always found comfort in the word of God, turning his prayers and hopes of salvation to him. Generally recognized virtues earned Spiridon the respect and love of his fellow citizens. In him the afflicted found protection, and the unfortunate found solace.

It was the people's love that made Spiridon the First Bishop of Trimythous. But even after that, he remained the personification of Christian kindness and love. His doors, like his heart, were always open to everyone. In the bishop's house everyone could find food and shelter.

The name of Bishop of Trimythous is associated with the miracle he manifested at the First Council of Nicaea in 325. At that time, there was a heated dispute about the divinity of Jesus Christ and the trinity of God. Bishop Spyridon argued in support of this trinity. When it was his turn to speak, he took a clay brick in his hands, after which, crossing himself, he said:

"In the name of the Father", at which point a flame burst forth from the clay;

"And of the Son", and water began to drip from the brick;

"And of the Holy Spirit", after which only dry clay remained in his hands.

Those present were shocked and astonished. Spiridon explained that just as fire, water, and clay are three elements that make up one brick, so the Holy Trinity is God, one in Three Persons. And so the participation of the Bishop of Trimythous contributed to the establishment of truth at the Ecumenical Council.

The saint passed away in the year 348, but his intercession before God for people did not cease. Even today the christians offer up their prayers to him in the hope of help and protection.