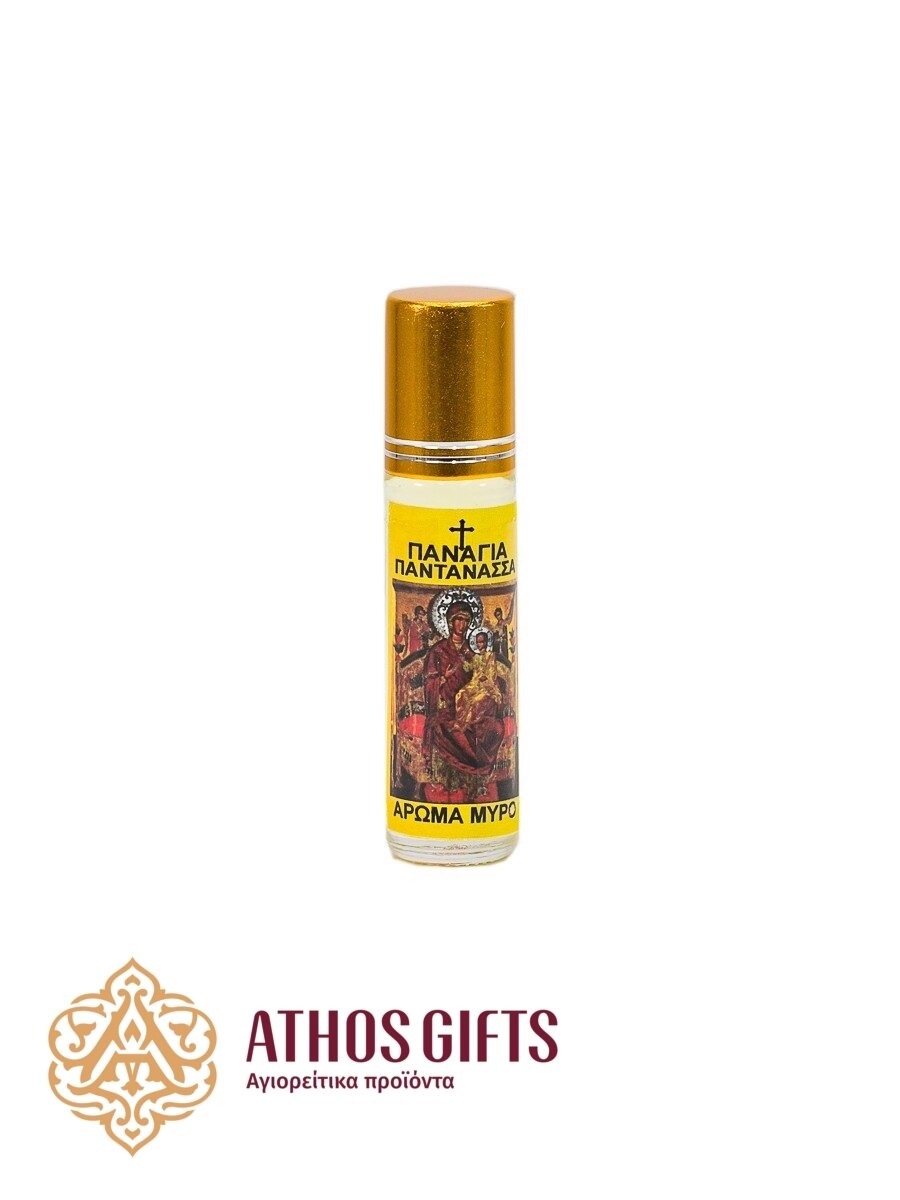 SKU HF1023
3,00 €
Myrrh aromatic oil with the addition of the oil of the icon lamps lit at the icon of Mother of God Pantanassa of the Holy Monastery of Vatopedi
In stock
1
Product Details

Myrrh aromatic oil gives a feeling of peace and security. Its warm, sweet and very pleasant aroma is firmly associated in our minds with the pacifying atmosphere of church.

The oil can be used for prayer or as an aromatic remedy. Thanks to the special packaging with a roll-on dispenser it is convenient to apply to the body.

The miraculous Mother of God Pantanassa is a small icon kept in the main temple of Vatopedi Monastery. Its first miracle is associated with a young man who was fond of occult sciences and practiced magic. Entering the temple of Vatopedi for the first time, the young man tried to kneel before the icon. At that moment, a glow began to emanate from the image of the Mother of God, and then a sudden force threw him to the ground. Stunned, the young man repented of his activities and completely changed his life.

The icon is best known for the miracles associated with the healing of cancer. The image of the Mother of God has existed since the 17th century, yet miracles began to occur only at the end of the 20th century. Every day prayers are made in front of her for the healing of all cancer patients and other people suffering from diseases. There are thousands of stories of miraculous healings due to this icon stored in Vatopedi. There is not a single oncological hospital in the world whose hospital chapel would not have an image of the Mother of God Pantanassa.

The feast day in honor of the icon of Pantanassa falls on October 15.