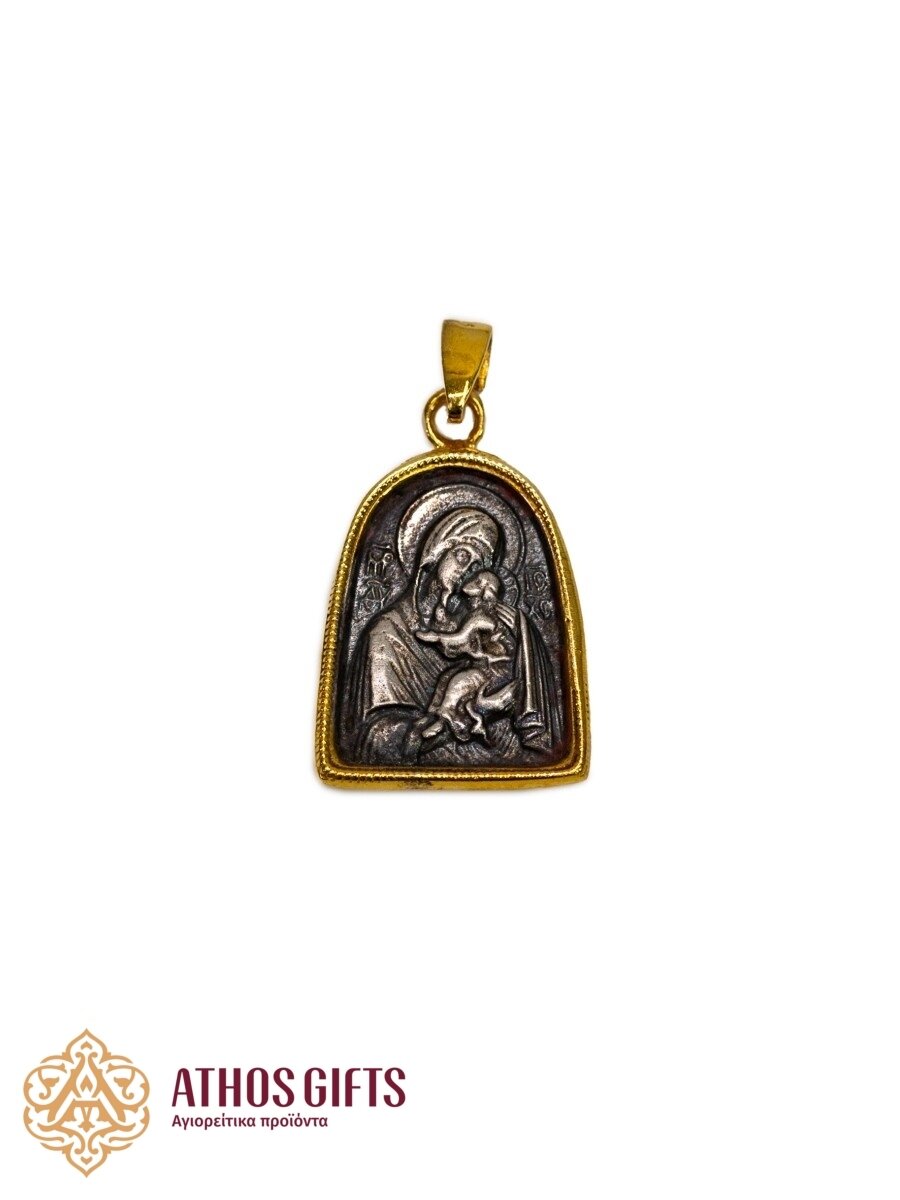 SKU JI1017
45,00 €
Sterling silver pendant with gilding with an image of the icon of Mother of God Glykofilloussa
In stock
1
Product Details

The front side of the pendant depicts the icon of the Mother of God Glykofilloussa. Inscription on the reverse is made in Old Church Slavonic. The pendant is made of sterling silver with gilded edges.

On the Holy Mount Athos, in the monastery of Philotheu, there is a miracle-working icon of the Mother of God Glykofilloussa. It is believed to have been created by the Luke the Evangelist himself. According to legend, during the reign of the iconoclast emperor Simeon, his wife, Victoria, threw the icon into the sea in order to save it from destruction. Having made the amazing journey, the icon of the Mother of God miraculously reached the pier of the monastery of Philotheu. At the same time, in the place where the icon docked, a holy spring began to spring up. The monks of the monastery found the icon and carried it with a procession to the main church of Philotheu.

The icon is known for many miracles. One of the most famous is the miracle, revealed by the Mother of God Glykofilloussa to a monk of Philotheu in the XVIII century. Lighting the temple lamps and paying homage to the icon, he often turned to the Mother of God with the question of why, patronizing all the other holy monasteries that flourished, she left Philotheu in want. And so one night he again asked the Mother of God his question, after which he sat down to rest by the icon and fell asleep. In a dream the Virgin Mary appeared to him, saying:

"Why, my child John, do you often express discontent, saying that I care for the other monasteries of the Holy Mountain, and only this monastery suffers and is poor? Be assured that I take care of everything that needs to be taken care of, but I have decided so that the monks and abbots of this monastery should not give themselves entirely to earthly things, but should seek their salvation. Stop bothering Me, for I am the guardian of this monastery. You need not to to trouble yourself with it, but with My temple and the salvation of your soul."

After these words, the monk awoke and in fear began to pray tearfully for forgiveness, after which he told the brethren of the monastery what had happened.

Mother of God Glykofilloussa is the main relic of the monastery of Philotheu. It is placed on a marble iconostasis, which was given to the monastery as a gift by Archimandrite Kesarius in 1851.