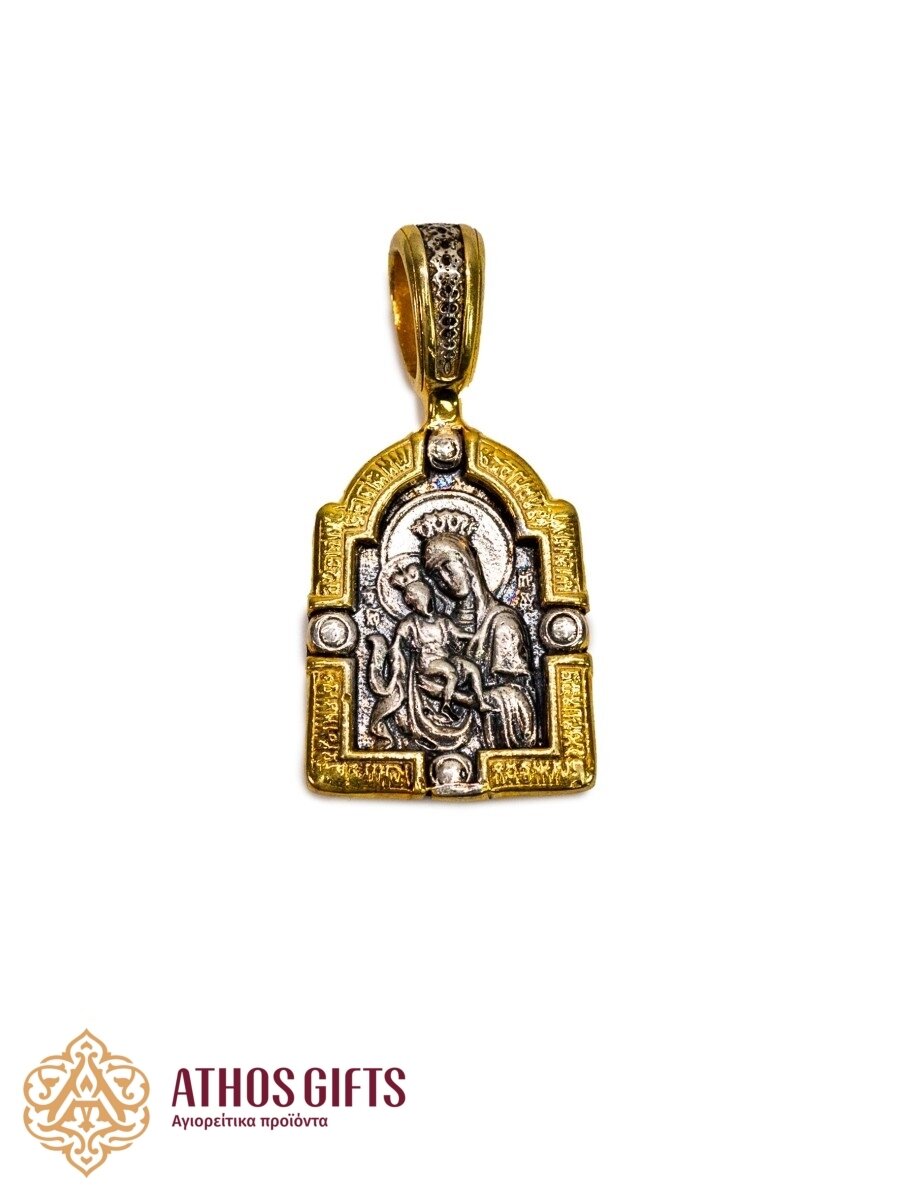 SKU JI1011
80,00 €
Sterling silver pendant with gilding with an image of the icon of Mother of God Axion Estin
In stock
1
Product Details

The front side of the pendant depicts the icon of the Mother of God Axion Estin. On the reverse side there is an image of the guardian angel. The pendant is made of sterling silver with gilded edges.

The icon of Mother of God Axion Estin holds a special place in the life of Mount Athos. Since ancient times it has been the pride of the Karyes monks, protecting the inhabitants of the Holy Mountain.

A miraculous event is associated with the name of the icon. It took place in the 10th century in the Holy Cell of the Assumption of Virgin Mary. One day a monk living in the cell went to an all-night vigil, while a young novice stayed in the cell. Late at night an unknown traveler came to the Holy Cell asking to spend the night. When Divine Liturgy time came, the two young men began to pray. Their voices were suddenly divided, whereupon the guest explained that where he had come from, it was customary to begin the chant as follows:

"It is truly right (Axion Estin ) to bless thee, O Theotokos,
thou the ever blessed, and most pure, and the Mother of our God..."

The novice was stunned and asked the traveler to teach him the hymn. As there was neither paper nor ink in the cell, the novice gave him a small stone tablet, on which the guest began to write with his finger, as if with a pen. He then told the novice to sing the hymn exactly as he had written it and immdeiately disappeared. This guest was none other than the Archangel Gabriel.

The miraculous tablet was first shown to the elders in Karyes (the capital of Athos), and then sent to Constantinople. The icon of the Mother of God was transferred to the temple of Protaton and placed on the high place in the altar. There it is stored up to now. The cell in which the miraculous encounter took place was called Axion Estin. The hymn has since become an integral part of the Divine Liturgy, gaining recognition not only on Mount Athos, but also throughout the Orthodox world.

Each year, on Monday of Bright Week, the cross procession with the icon of Axion Estin takes place in the temple of Protaton. Copies of this miraculous icon are kept in Orthodox churches in Georgia, Bulgaria, and Finland.