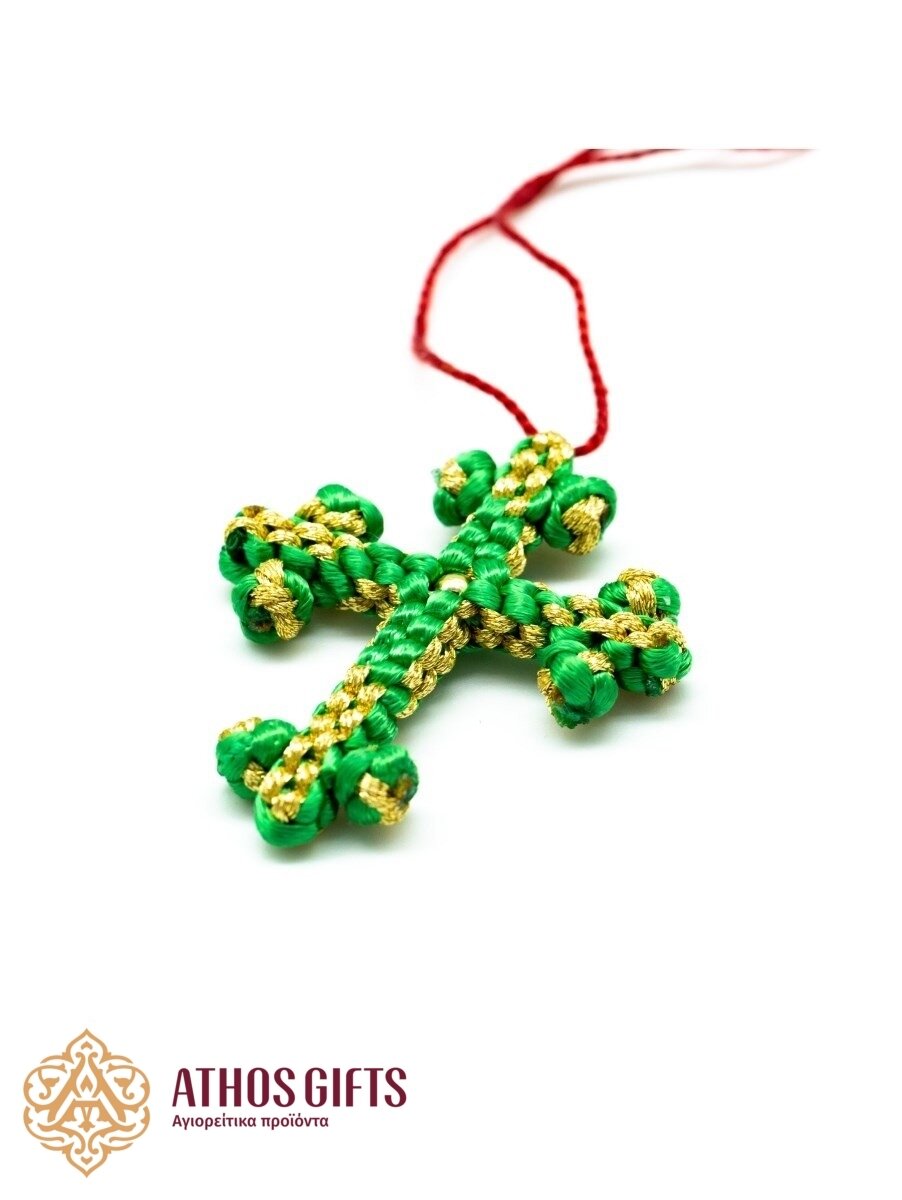 Knitted cross for the car