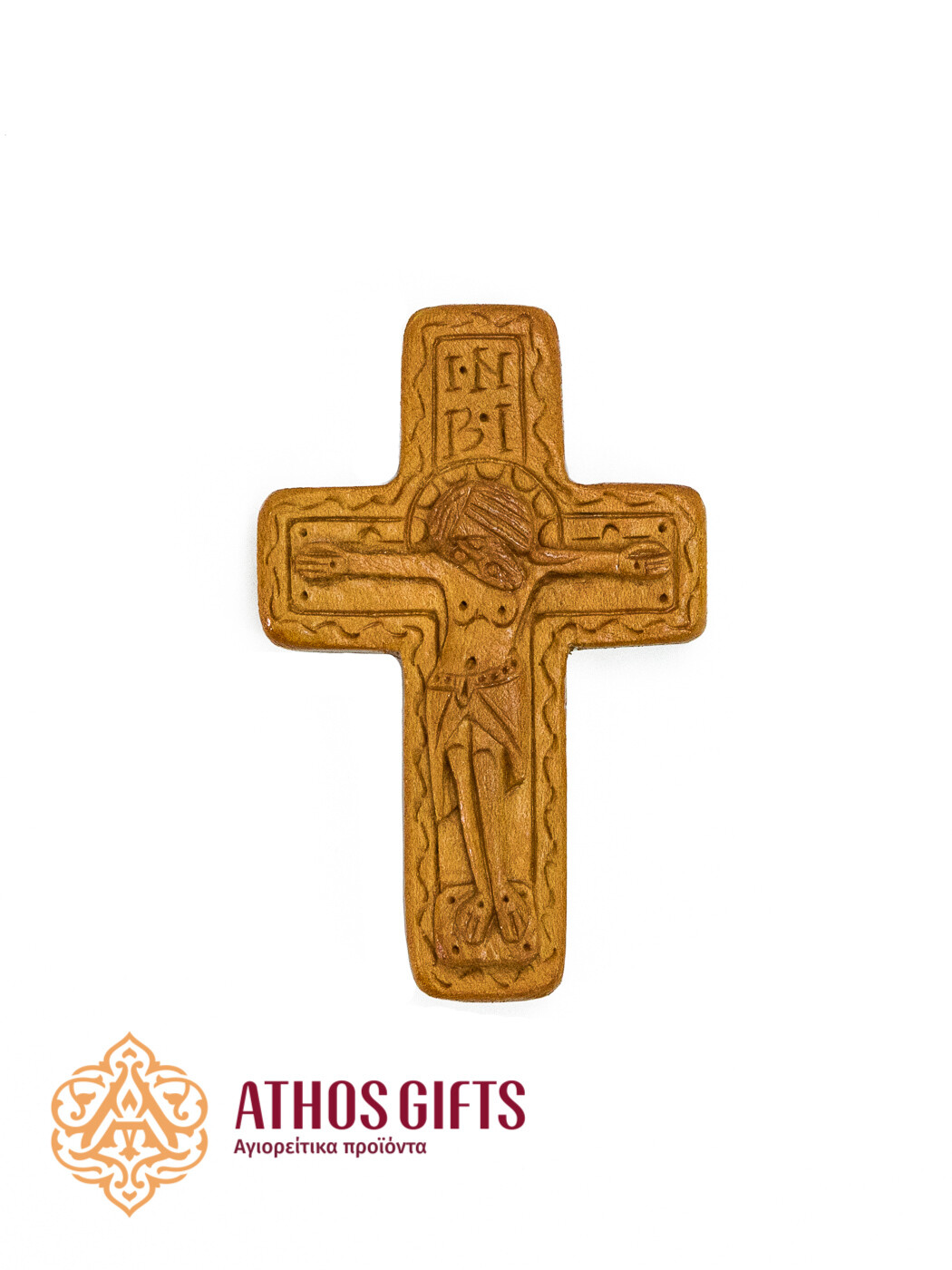 SKU MW1050
60,00 €
Wood-carved neck cross. The cross is handmade by the monks of the Koutloumousiou Monastery on Mount Athos. Dimensions: 5,5х3,5 cm
In stock
1
Product Details

Wooden carved neck cross is handmade by the monks of the Koutloumousiou Monastery on Mount Athos. The front side of the cross depicts the crucifixion of our Lord Jesus Christ. Inscription on the reverse of the cross: Άγιον Όρος (Holy Mountain).