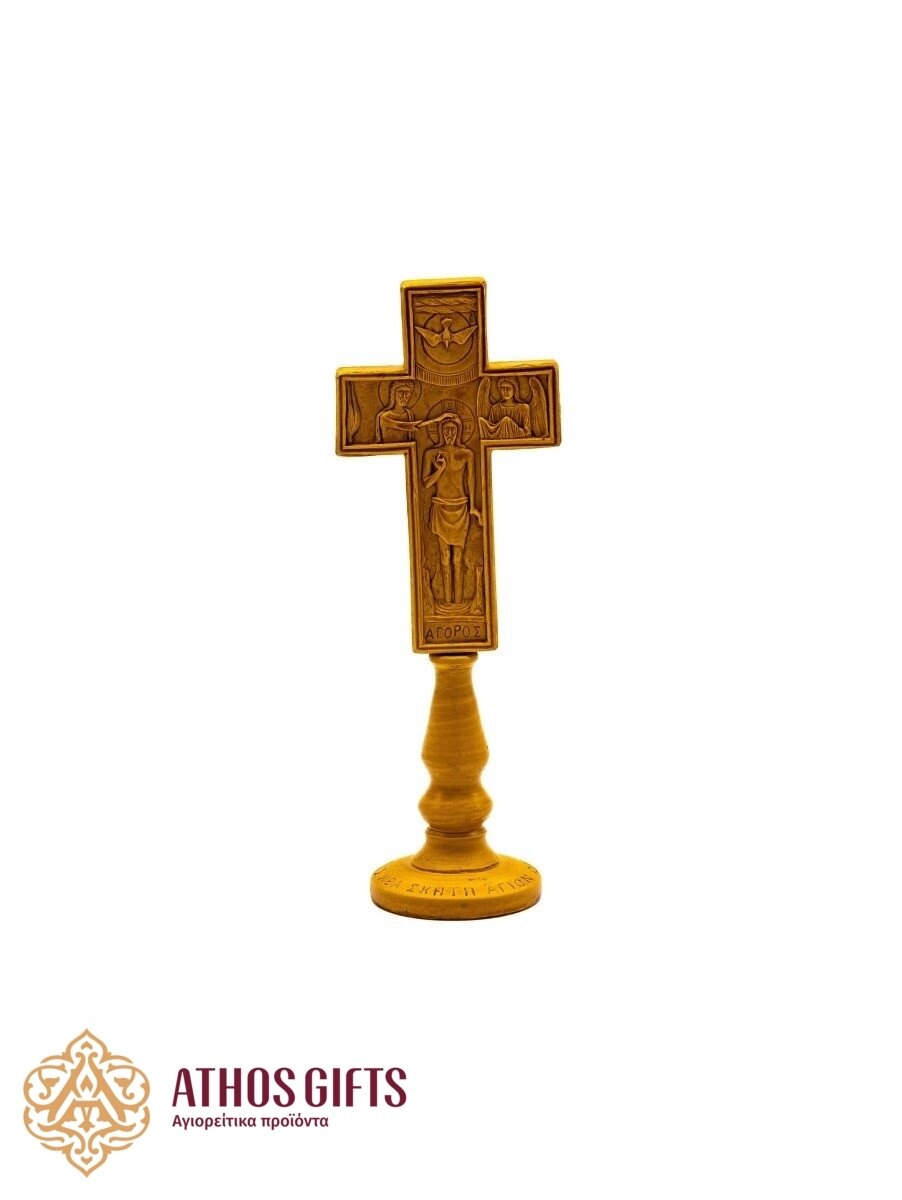 SKU MW1027
13,00 €
Double-sided carved table cross from polyester. The cross is made by the monks of the New Skete on Mount Athos. Dimensions: 20,5х8 cm
In stock
1
Product Details

Double-sided table cross from polyester is made by the monks of the New Skete on Mount Athos. The front side of the cross depicts the crucifixion of our Lord Jesus Christ surrounded by saints. On the reverse there is a scene of Jesus' baptism, with a dove above his head.