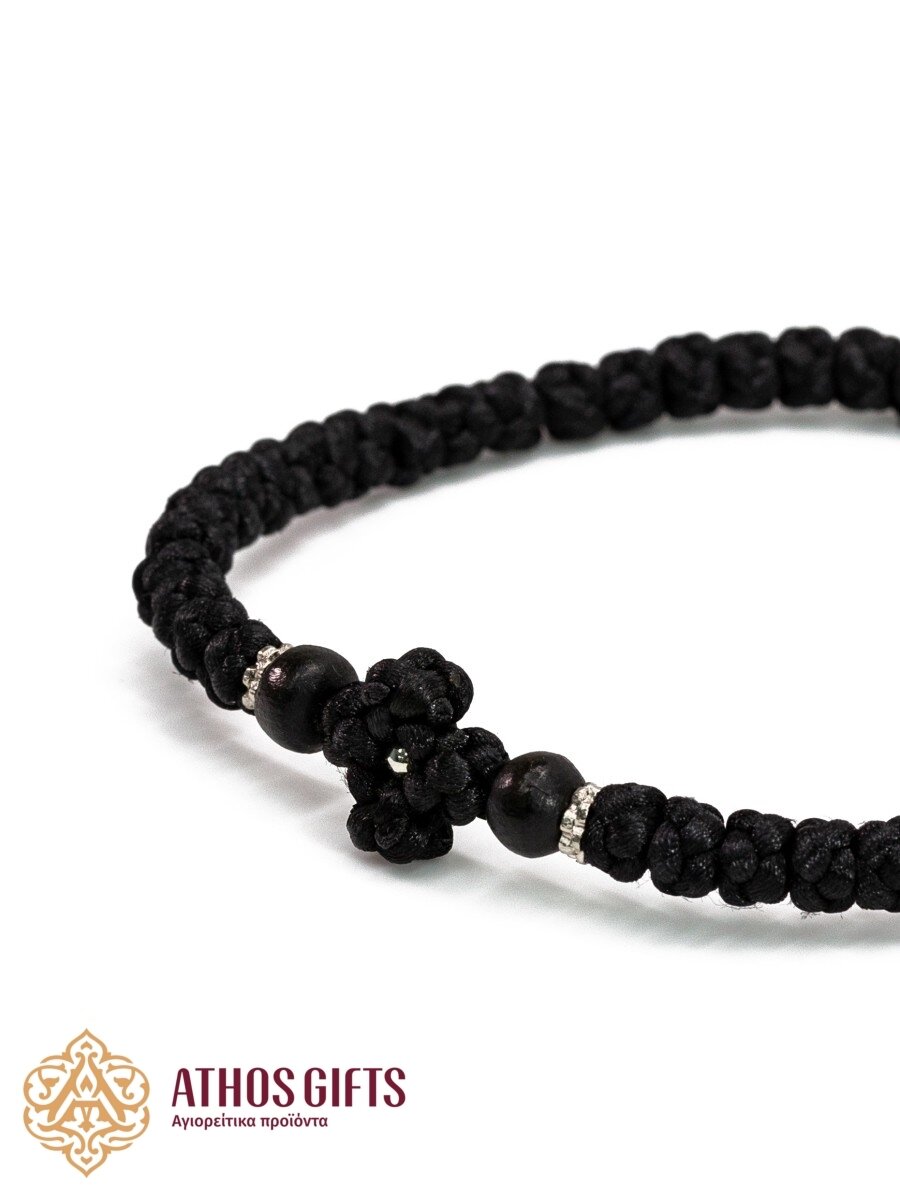 Handmade prayer ropes are made of weaving cord by the monks of Mount Athos. The length is 28 cm; it consists of 50 knots with 2 wooden and 3 plastic inserts. The prayer rope also contains a braided cross woven into it.

Greek komboskini prayer ropes made of wool or special weaving cord, are woven by the monks of the Mount Athos monasteries with prayer and for prayer. The name of the prayer rope reflects its essence and purpose: in Greek, kombos (κόμπος) means "knot", and skini (σχοινί) is a rope or cord.

The weaving of the komboskini is always accompanied by continuous prayer. Tying each knot, monks say: "Lord Jesus Christ, have mercy on me." Due to this, Greeks believe that prayer rope protects its owner. But komboskini also have a more practical use: they are used by the prayers to go through the knots and thus count the number of prayers uttered.

Such prayer ropes are woven in a special way: each knot consists of 9 crosses of cord, symbolizing the nine crosses, or nine angelic ranks. Often seed beads are woven into the prayer ropes, and almost always they include crosses. The practical significance is that such dividers make it easier to count prayers. When a monk reaches the cross, he realizes that he has uttered a certain number of prayers.

Believers often decorate icons with komboskini prayer ropes, as well as give them to their family and friends to remember and pray for them.