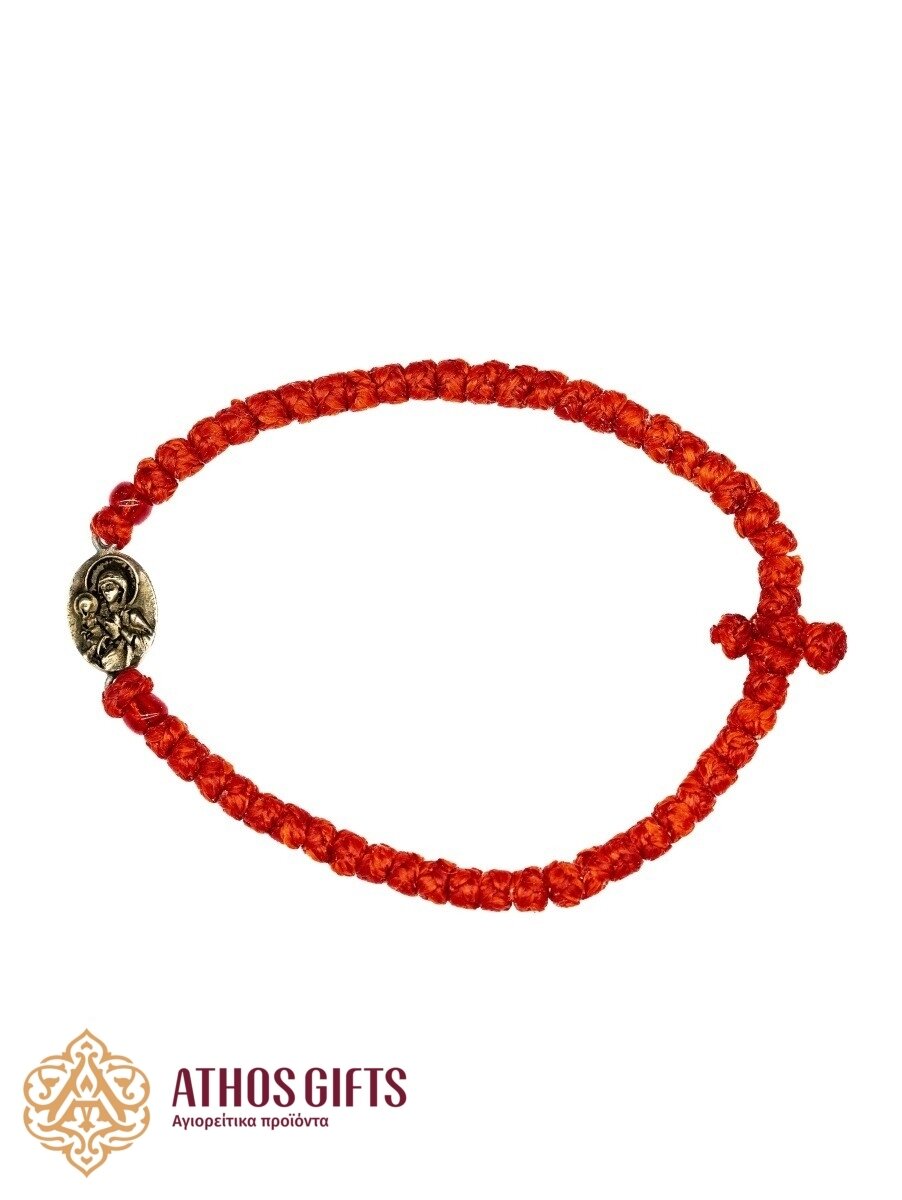 MB1131
12,00 €
Handmade braided bracelet with sterling silver icon of St. Anne with the Child Mary at her knee, which is kept in the skete of St. Anne on Mount Athos
In stock
1
Product Details

The bracelet is handmade. The length is 16 cm; it consists of small knots, into which two seed bead inserts are woven. The bracelet also contains a sterling silver icon depicting St. Anne with the Child Mary at her knee, which makes it not just a piece of jewelry, but a Christian symbol of faith. Thanks to a special braiding technique, the bracelet can be easily stretched by increasing the distance between the knots. This means it's is suitable for all wrist sizes.

Greek komboskini bracelets are woven by the monks of the Mount Athos monasteries with prayer and for prayer. The name of the bracelet reflects its essence and purpose: in Greek, kombos (κόμπος) means "knot", and skini (σχοινί) is a rope or cord.

The weaving of the komboskini bracelets is always accompanied by continuous prayer. Tying each knot, the monk says: "Lord Jesus Christ, have mercy on me." Due to this, Greeks believe that komboskini bracelet protects the person who wears it. But the bracelets also have a more practical use: like prayer ropes, they are used by the prayers to go through the knots and thus count the number of prayers uttered.

Bracelets are braided in a special way: each knot consists of 9 crosses of cord, symbolizing the nine crosses, or nine angelic ranks. Often seed beads, little crosses or icons are woven into the bracelet. Komboskini bracelets are usually worn on the wrist of the left hand, as it's closer to the heart. Believers often give such bracelets to their family and friends to remember and pray for them.

The miraculous icon is kept in the main temple of the skete of St. Anne. In the 18th century, monk Dionysius created a handwritten prayer for it, which is now sung before the icon on Sundays after Divine Liturgy. A prayer is also said daily before the icon by the administrator of the skete.

It is believed that the icon of St. Anne helps heal from infertility. After the sacrament of confession, the couple offer daily prayers to the saint. In honor of the Virgin Mary's parents, in such families the boys born are usually named Joachim, and the girls are named Anne.