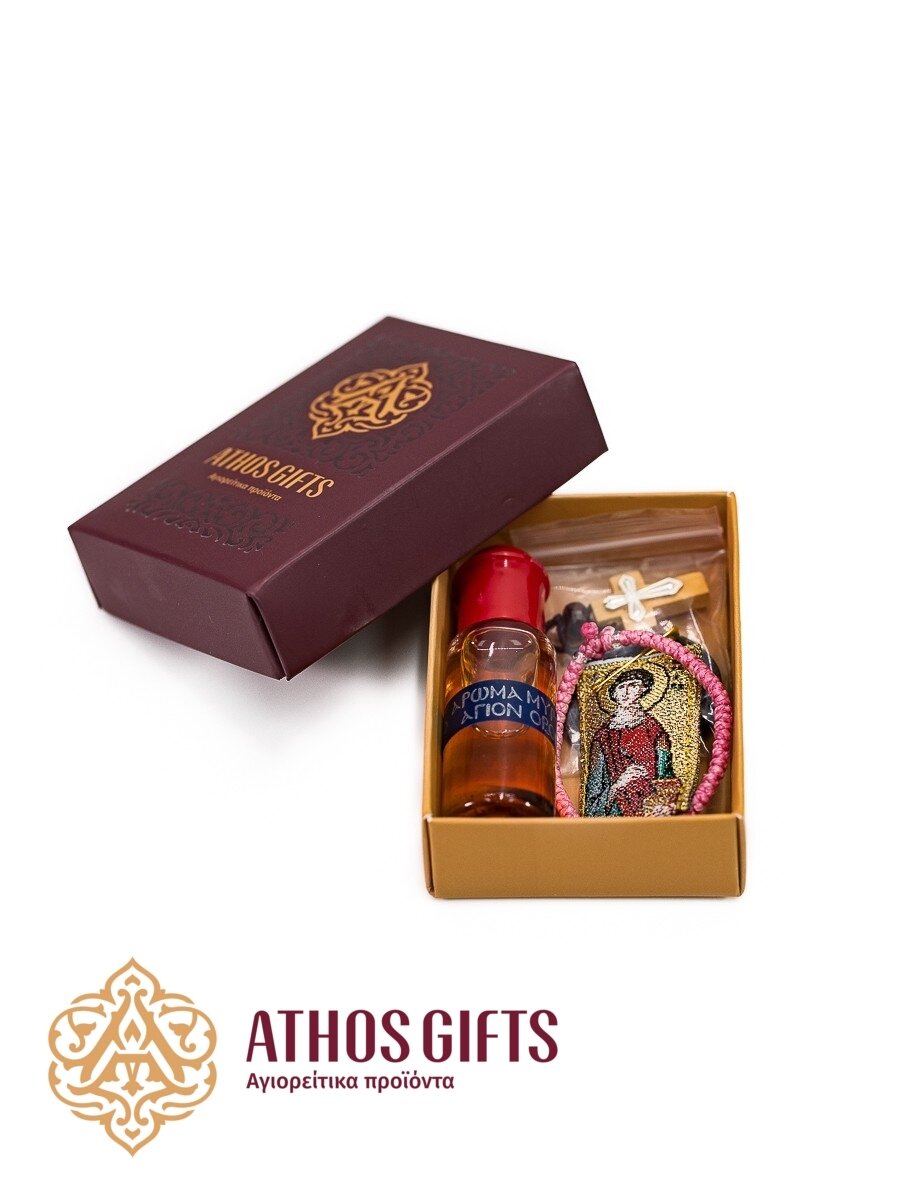 The gift set consists of 4 items: baptismal cross, myrrh, komboskini bracelet and an amulet with an image of. St. Pantaleon.

Fabric amulets are small bags, most often with church symbols or images of saints. They are usually filled with incense or other small objects.

Amulets are used as talismans; for these reasons they are often attached to clothes with a pin, and sometimes worn around the neck on a cord. The amulets can also be attached to the headboard of the bed.

Greek komboskini bracelets are woven by the monks of the Mount Athos monasteries with prayer and for prayer. The name of the bracelet reflects its essence and purpose: in Greek, kombos (κόμπος) means "knot", and skini (σχοινί) is a rope or cord.

The weaving of the komboskini bracelets is always accompanied by continuous prayer. Tying each knot, monks say: "Lord Jesus Christ, have mercy on me." Due to this, Greeks believe that komboskini bracelet protects the person who wears it. But the bracelets also have a more practical use: like prayer ropes, they are used by the prayers to go through the knots and thus count the number of prayers uttered.

Bracelets are braided in a special way: each knot consists of 9 crosses of cord, symbolizing the nine crosses, or nine angelic ranks. Often seed beads, little crosses or icons are woven into the bracelet. Komboskini bracelets are usually worn on the wrist of the left hand, as it's closer to the heart. Believers often give such bracelets to their family and friends to remember and pray for them.