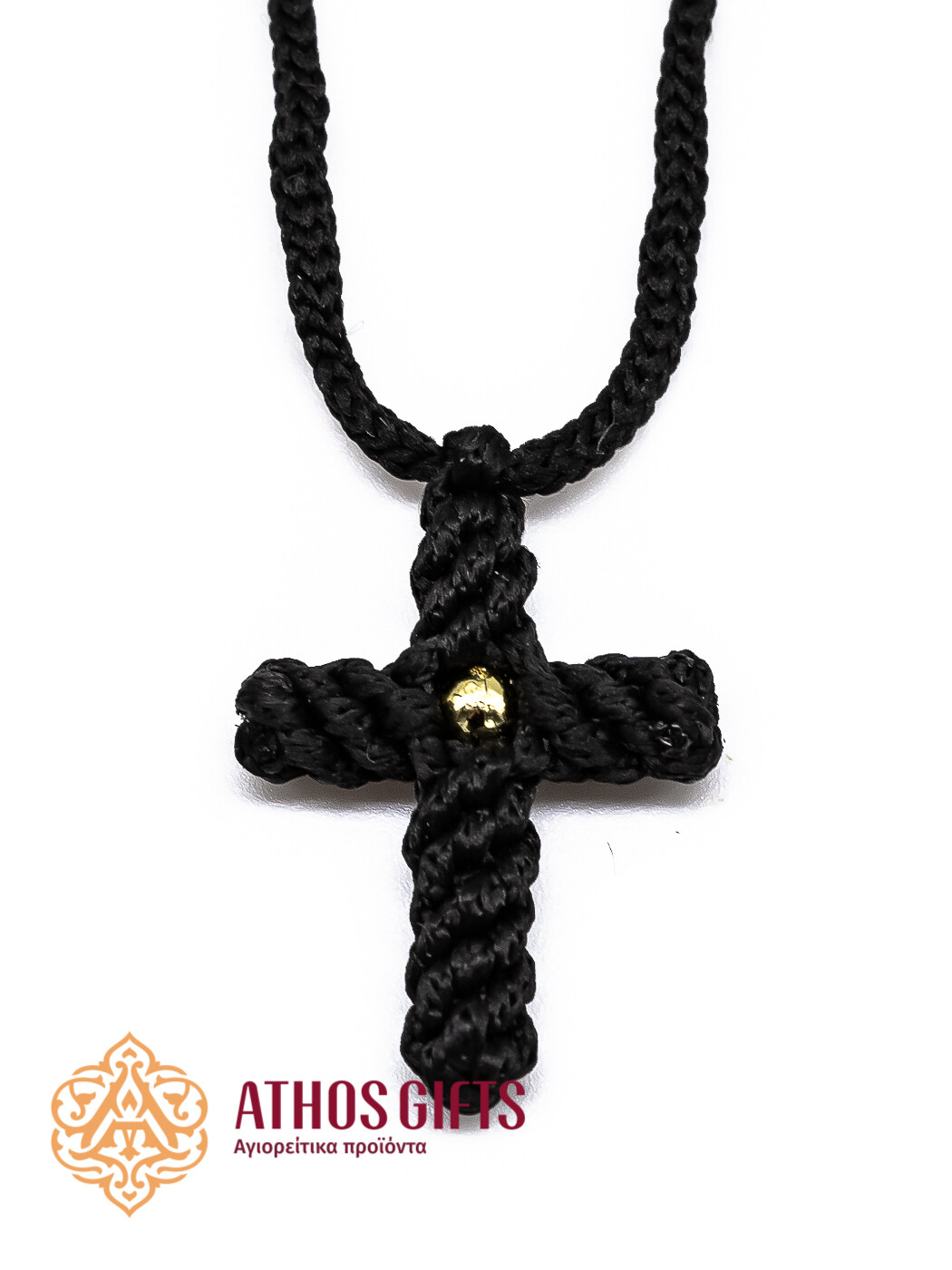 Braided baptismal cross with a sead bead insert and a cord. Woven of weaving cord of one color.